Veteran photographer Sandy Dyas spent a year at The Englert Theatre documenting the inner workings of downtown Iowa City’s pillar presenting arts organization, displaying the resulting works in "Englert at 100: Photographs of Sandra Louise Dyas." The exhibit is on display at the Englert's Douglas and Linda Paul Gallery from April 2-April 30, with a closing reception and art sale on Friday, April 26th from 5:00 to 8:00 PM. During the entirety of the exhibit and the closing art sale, patrons are invited to purchase any of Sandy’s 28 custom-framed prints. Due to generous support from the artist, all proceeds from the sale of this work will be donated to support the Englert’s continued mission.

See Link for PHOTOGRAPHS IN THE EXHIBITION 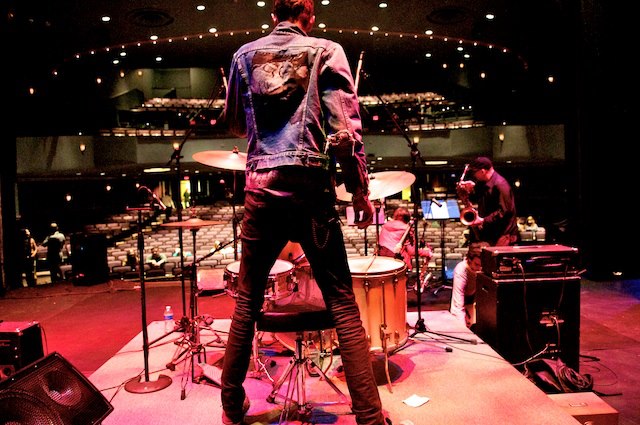 This is NOT Photography - Jerry Uelsmann & Maggie Taylor

Posted by Sandra at 7:44 AM No comments:

Recently I was asked if I wanted to participate in Stuart's newest online portrait project called SOMEONE I KNOW. It is with great enthusiasm and honor I did so. This is a wonderful collection of photographs and equally wonderful is the selection of artists. Lucky to be hanging out with these folks!

Thank you Tom & Sue for your time and energy! Sue Becker has a new website too! Her website is BECKERVIEW STUDIO. 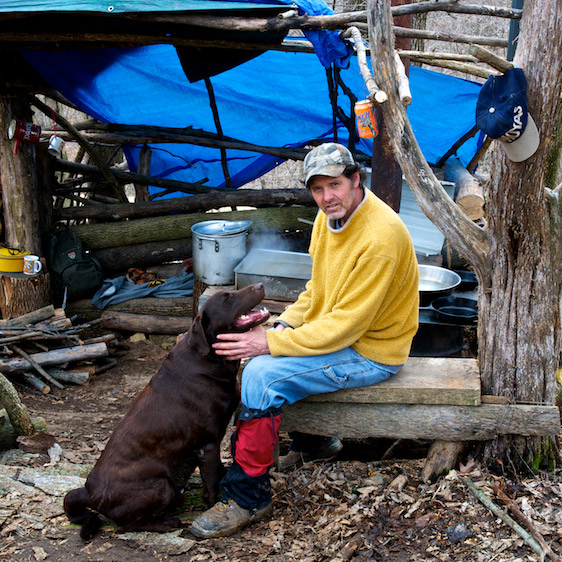 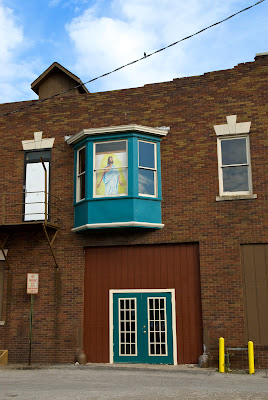 The TOAD JOURNAL has featured some of my photographs on their site. Thank you Karl Peterson for inviting me to submit my work and to be part of this FUN and inspiring journal.

Don, The Modern Barber Shop, Burlington, Iowa wins 1st Place in the Dubuque Museum of Art's 4th Biennial! Two of my photographs are in the show. I will be driving up to Dubuque Land shortly to view the exhibition. 47 Artists and 50 pieces of art from the Midwest were selected by Mr. James Welu, Director Emeritus of the Worcester Art Museum in Worcester, Massachusetts. 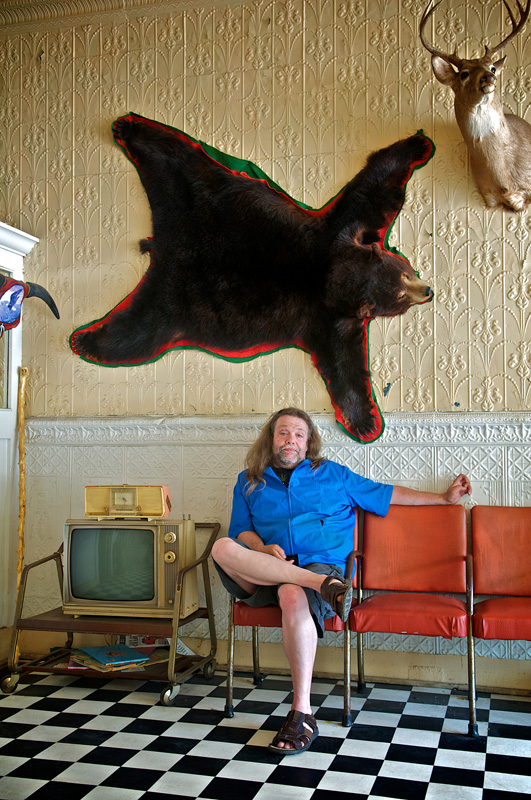 Posted by Sandra at 5:51 PM No comments:

My granddaughter Caroline Louise and I spent the day at the Englert shooting pictures of the PINES and MASON JENNINGS last year. 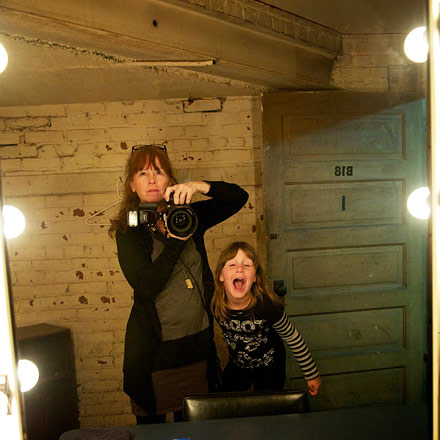 Self-portrait: Sandra Dyas with her granddaughter Caroline Louise in the Englert Green Room.

The Englert Theatre in Iowa City celebrates it first century with the exhibit “Englert at 100: Photographs of Sandra Louise Dyas.” A free opening reception and artist talk will be held in the Douglas & Linda Paul Gallery on the 2nd floor of the Englert Theatre on Friday, April 5, from 5 to 7 p.m. as part of the Mission Creek Festival 2013. Sandra Dyas will talk about her methods and work at 5:30 p.m. and refreshments will be served at 6 p.m.
It is no surprise that Sandra, a veteran photographer and lecturer at Cornell College in Mount Vernon, was asked to document a year at the Englert in photographs. Dyas has been using her camera to photograph the Iowa City music scene since she moved to the area in 1987. In 2007 University of Iowa Press published Down to the River; Portraits of Iowa Musicians, a compelling collection of 60 photographs of Iowa City musicians and their performances.
As the Englert’s Artist in Residence, Sandra spent 2012 capturing all the exciting on- and off-stage action of the Englert’s 99th year in thousands of photographs. Twenty-eight of the best photographs have been framed and a slide show of hundreds more will be on display during the reception. The exhibit brings to life the historic theater, capturing the staff who make it all happen, moments in the green room, and the performers who grace the Englert’s stage, including Mission Creek Festival 2012 artists such as the Magnetic Fields, Caroline Smith, and Seun Kuti.
“Englert at 100: Photographs of Sandra Louise Dyas” runs April 2 through 30. An auction and closing reception will be held on Friday, April 26, from 5 to 8 p.m.
Posted by Sandra at 6:43 PM No comments:

The Englert at 100 - Photographs of Sandra Louise Dyas

I am so happy about the exhibition at the Englert Theatre - the reception was a smashing success. Tommie mentioned that to me today - that it seemed like it was "smashing" from the photos and it was. I must say it was a really special night. Nothing would be what it is or what it was without my friends - the ones I have known for years and my more recently found friends. My family and my friends - the Englert, a new family!

I hope you will take a few minutes out of your day to look at the 28 photographs we chose to print, matte and frame. It was difficult to say the least to edit down to that few of images to print. I spent an entire year photographing! It was the first time ever to do such a project. A real community project at the wonderful Englert Theatre. It was a special year - their Centennial Year. I am so honored to have been chosen to photograph the events and people involved. The staff and the directors at the Englert are exemplary. Top notch in every way. I looked forward to being at the theatre for so many reasons, one of which was the wonderful people who work there. Thank you to everyone who helped make this residency possible. Thank you to Nick Hotek at Hudson River Gallery and thank you to Dawn Harbor of Glass Harbor for all of your hard work and dedication!

The exhibition of color photographs is accompanied by a hundreds more images you may view on a tv with music. IF you missed the OPENING reception - there will be a CLOSING reception on April 26th. All work is for sale! Please support the Englert!!! All proceeds from the sale of photographs goes to the Englert Theatre. 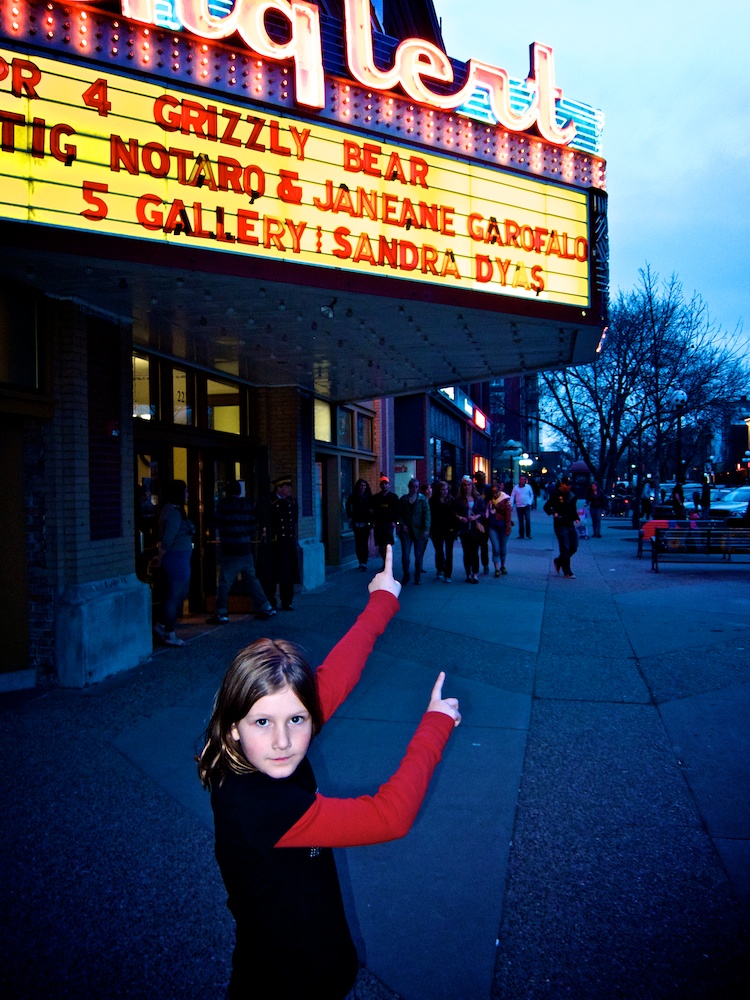 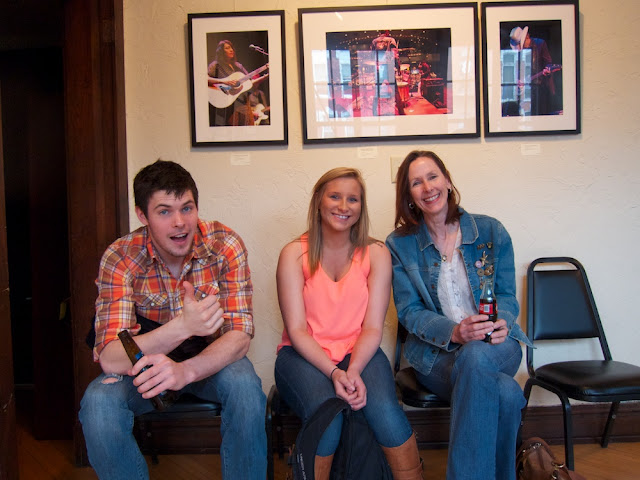 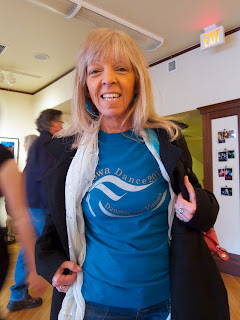 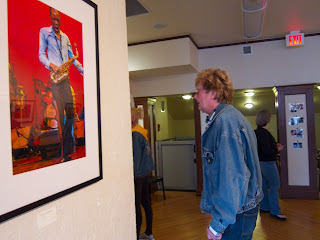 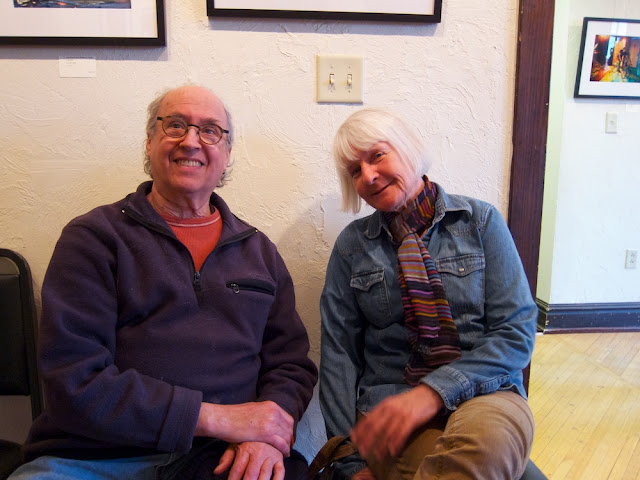 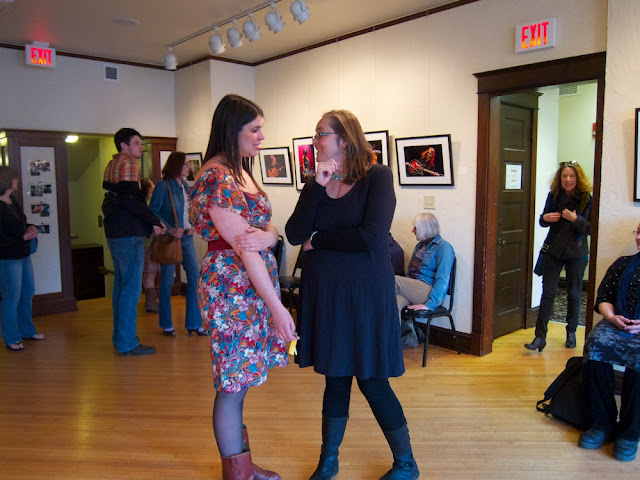 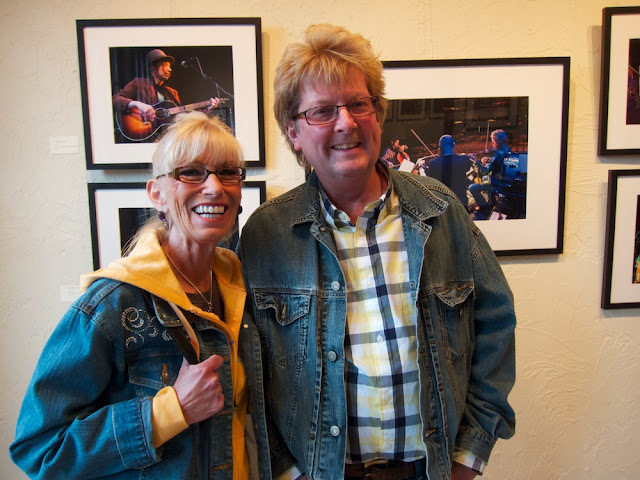 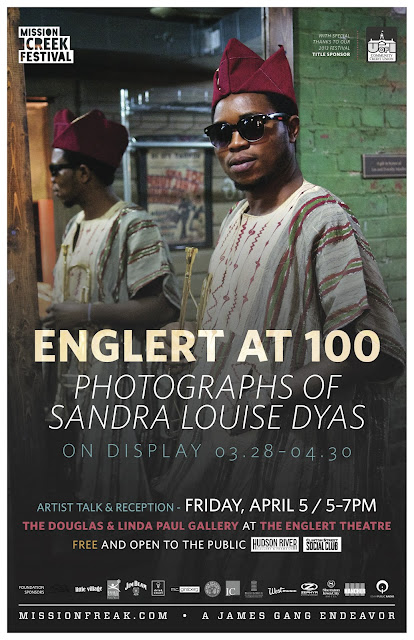 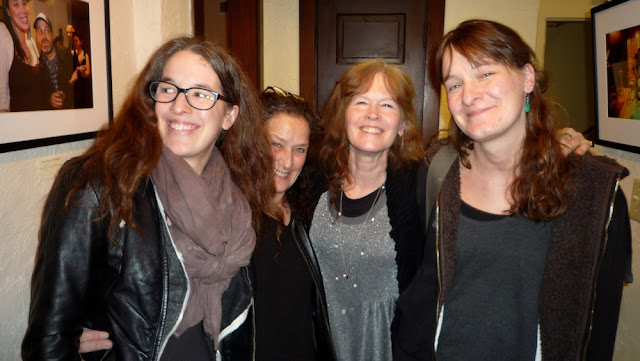 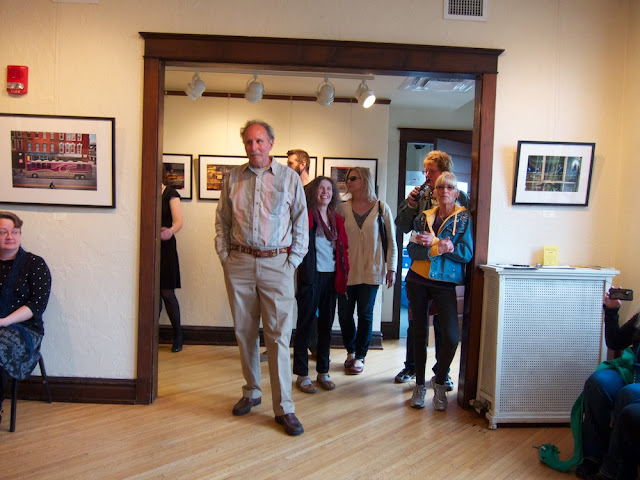 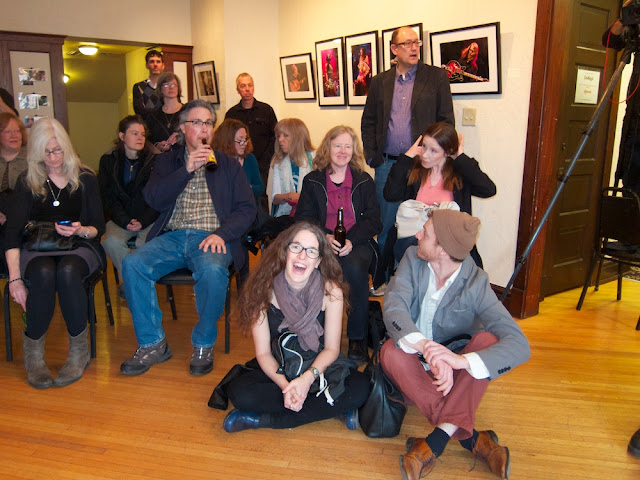 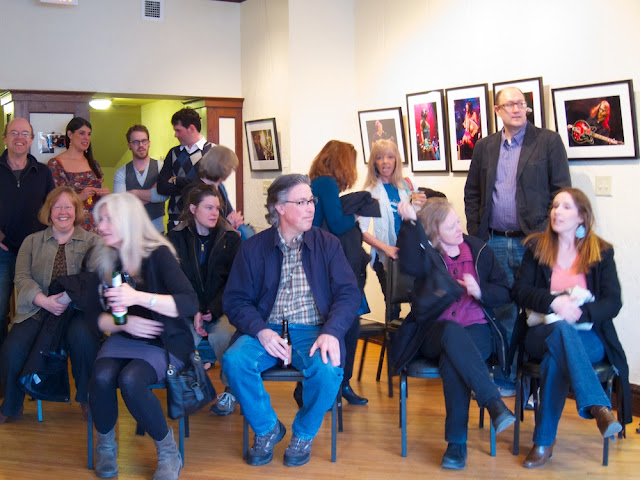 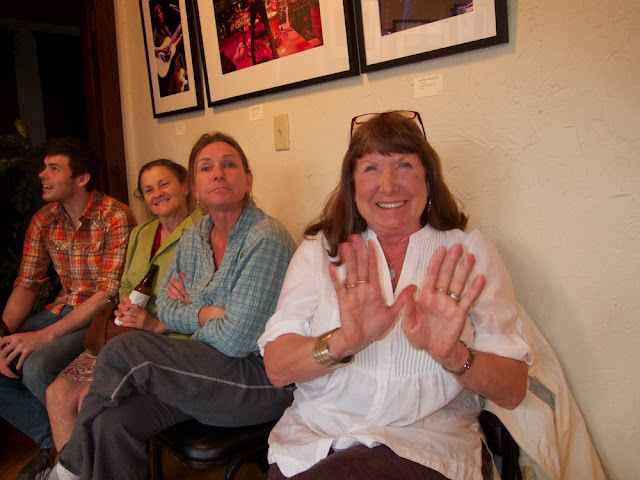 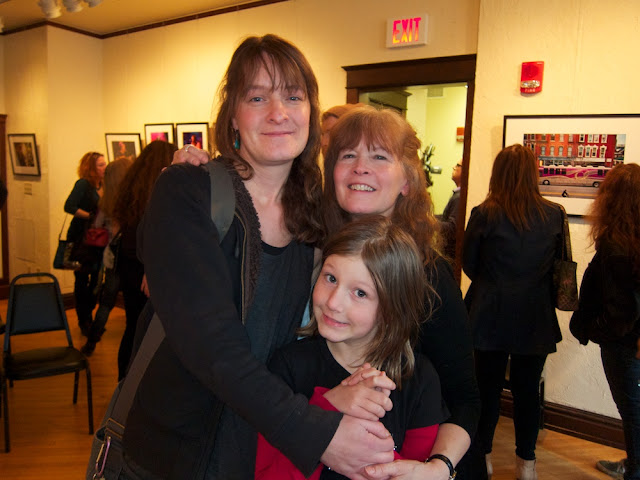 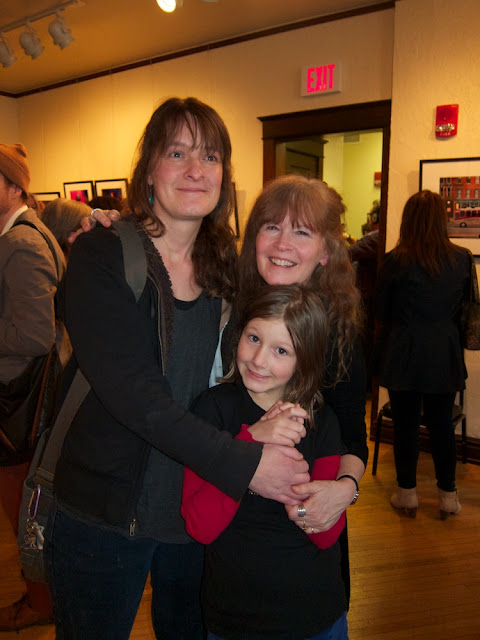 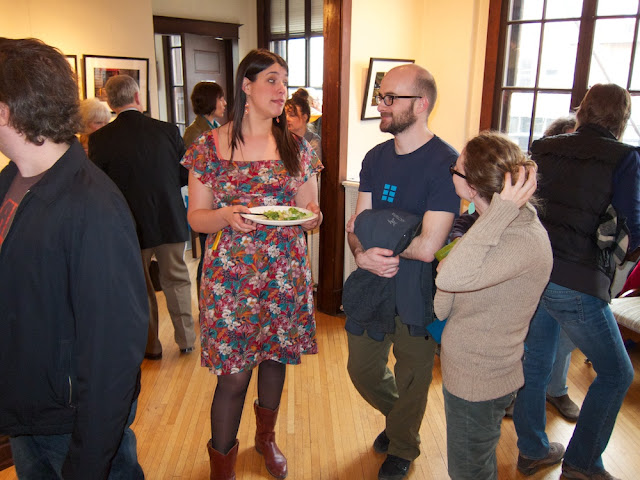 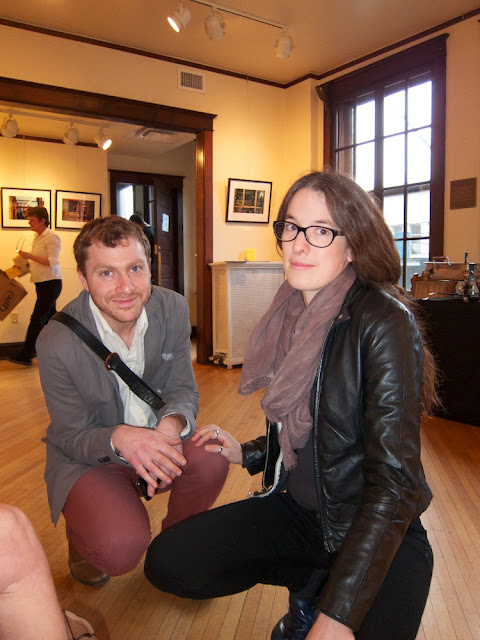 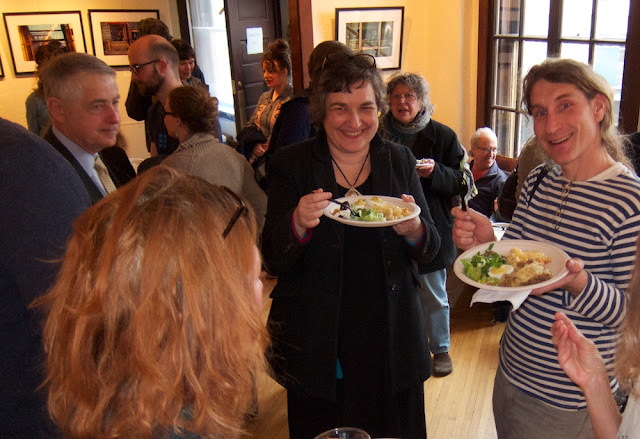 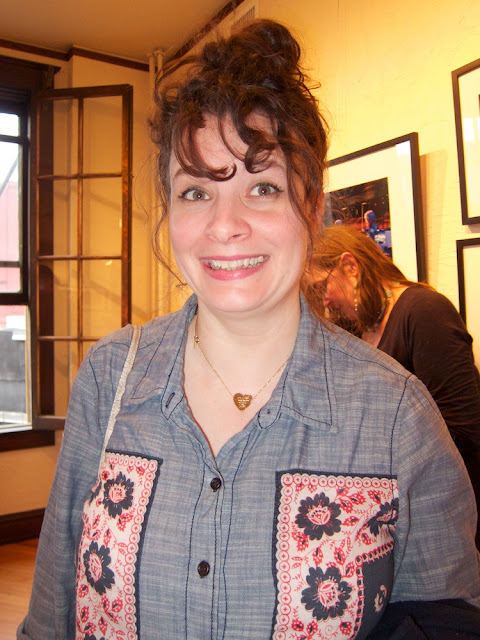 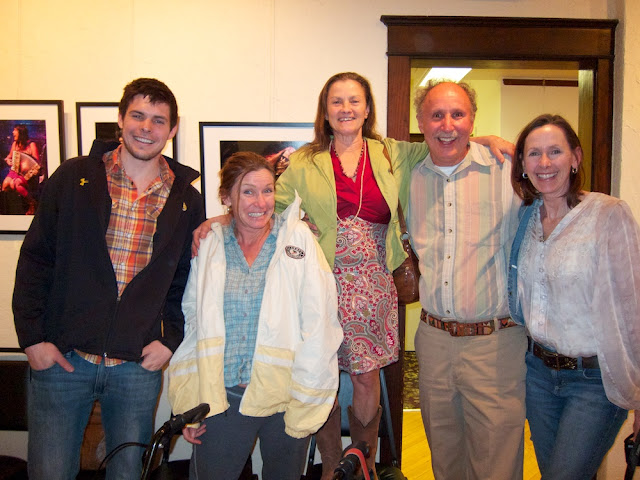 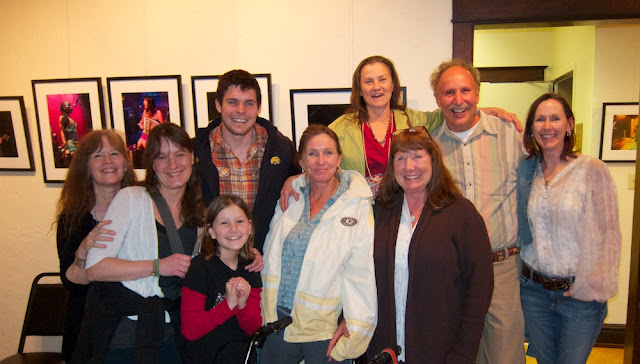 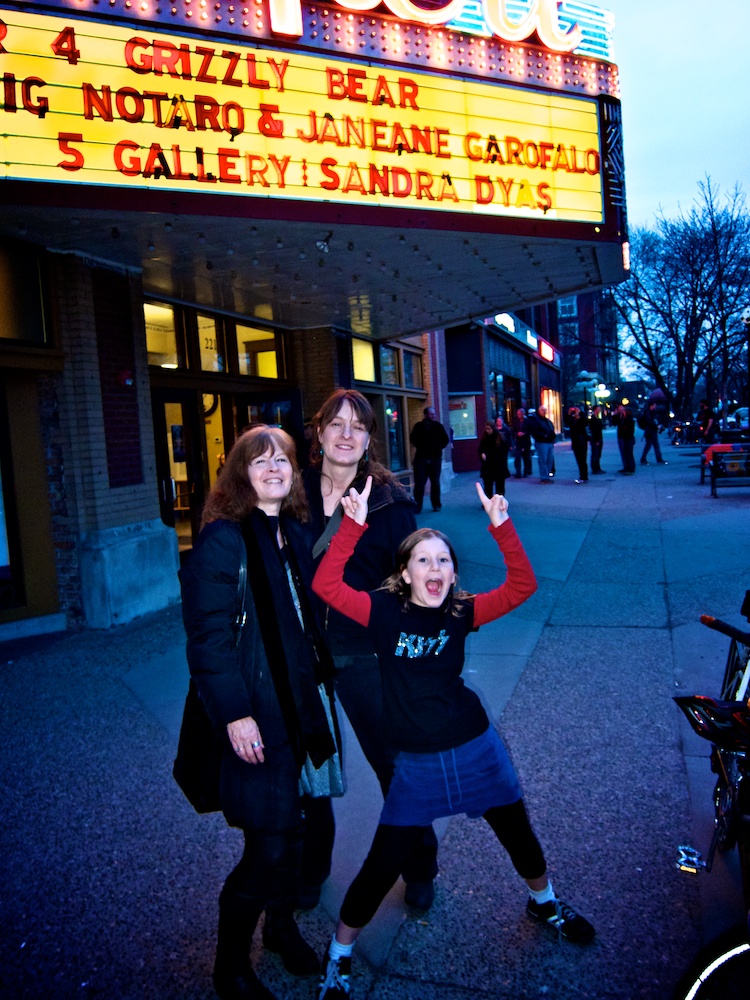 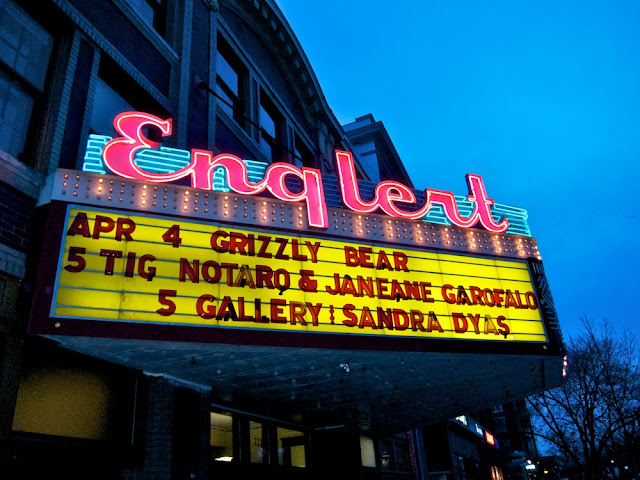 Posted by Sandra at 4:52 PM No comments:

SOMEONE I KNOW - a STUART PILKINGTON PROJECT

"SOMEONE I KNOW" by STUART PILKINGTON. My portrait of TOM BECKER is part of this wonderful project.

I am very happy to be part of this imaginative and creative group of photographers. Thank you
Stuart for inviting me to participate. Please spend some time LOOKING.
Posted by Sandra at 8:58 AM No comments:

ABOUT MY WORK - RECENT